What are Bioidentical Hormones Therapy? 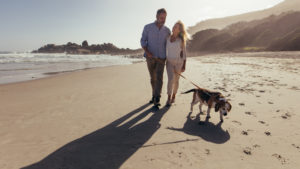 Bioidentical Hormone Replacement Therapy Los Angeles is one of the most effective treatments used by physicians and patients to restore and or eliminate health issues and symptoms associated with decreases in our body’s hormone levels. Widely popular and available for treatment, hormone replacement therapy aids in the uncomfortable side effects of menopause and andropause including; weight gain, fatigue, decrease muscle mass, decrease sexual drive and more.

Many women have told of battling terrible insomnia while going through menopause or premenopause. In fact, so much so that The New York Post wrote an interesting article about the correlation between insomnia and menopausal symptoms. You can read more about this side effect by clicking here.

Progesterone is a hormone primarily responsible for menstruation and ensuring reproductive success in women. Progesterone is released from the ovaries during a woman’s fertile window ensuring the uterine wall is thick enough to hold on to a fertilized egg and prohibits the uterus from contracting thus rejecting a fertilized egg. During pregnancy, a woman’s body will continue to produce progesterone and again after birth to promote the production of breast milk.

When a woman reaches the end of her fertile window, the ovaries stop producing progesterone at the same rate as before. This can often trigger premenopausal symptoms such as hot flashes, night sweats, fatigue, irritability, weight gain, vaginal dryness, low bone density, and mood swings.

Progesterone treatment through the use of Bioidentical Hormone Replacement Therapy Los Angeles replenishes the lost progesterone in a woman’s body through oral supplements. The hormone can enter a woman’s body through the bloodstream and increase lost levels of progesterone. As such, premenopausal symptoms and symptoms associated with the transitional period are eliminated or significantly reduced. Women experience relief shortly after treatment

Estrogen is a hormone produced by the human body in both men and women, but primarily found in more significant concentrations within a woman. Estrogen is a natural hormone that is naturally released from the ovaries in a woman to aid in reproduction and facilitates a female’s transition into puberty.

The hormone estrogen is also responsible for the following:

Menopause often brings a significant decrease in the release of the hormone estrogen from the ovaries. Women have turned to bioidentical estrogen hormone replacement therapy to curb the lost hormone, leading up to menopause and during the transition.

What is Bioidentical Testosterone?

As men age, it is natural for levels of testosterone to decline as a result. Testosterone is the primary driving force behind a young man’s transition into puberty. As a young man reaches puberty, his body produces more testosterone aiding in: deepening the voice, contributing to increased muscle mass, facilitating healthy growth of the penis and testes as well as increasing libido and sex drive.

Low testosterone rates are to be expected as men age; however, it doesn’t make the transition any more comfortable. For many men, bioidentical testosterone treatment serves as a natural, effective solution to alleviate the side effects associated with low testosterone. Bioidentical testosterone is synthesized and used in therapy through gels, lotions, or injections. Hormone Replacement Therapy Los Angeles is an excellent treatment to help you fight weight gain, fatigue, and mood swings, whether you are a man or a woman! Please call our office today to schedule an appointment.